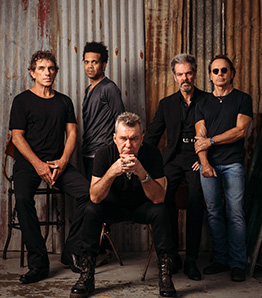 Since forming in Adelaide in 1973 and blasting onto the national scene in the late 70s, Cold Chisel has created a uniquely Australian fusion of rockabilly, roughhouse soul, and blues. Between 1978 and 1983 the original line-up of Don Walker, Jim Barnes, Ian Moss (guitar/vocals), Phil Small (bass) and Steve Prestwich (drums) recorded five studio albums that became Australian classics. 1977’s self-titled debut and 1978’s Breakfast At Sweethearts initially received little support from mainstream media but eventually went gold based on nonstop touring. 1980’s East was their huge commercial breakthrough and 1982’s Circus Animals finally saw them top the charts. However by the time Twentieth Century was released in 1984 the band had already flamed out, making their unforgettable Last Stand in arenas around the country. In 1998 Cold Chisel reformed briefly for a chart topping album and tour called The Last Wave Of Summer. An ‘unplugged’ style run of dates called Ringside followed five years later, then in 2011 the group was working on a new studio album that became No Plans when Steve Prestwich sadly died from complications during surgery for a brain tumour. Eventually Charley Drayton agreed to step in to help complete what Steve began and he's played drums with the band ever since, including on the record breaking Light The Nitro Tour and 2015’s platinum certified The Perfect Crime.

The band is currently putting the finishing touches to some more new music they recorded earlier this year with Charley and they plan to release at least some of it before the Blood Moon Tour. Further announcements will be made about that in the weeks or months ahead.

Over the course of their career Cold Chisel has sold almost 7 million albums across vinyl, cassette, CD, downloads and streaming. They’ve been inducted to the ARIA Hall Of Fame and received the Ted Albert Award for Outstanding Services to Australian Music. However their greatest achievements are their songs. It’s a body of work that has defined and echoed who we are. For over 40 years Cold Chisel has defied the odds, ignored the trends, and blazed their own trail. The band has endeared themselves to all sorts of Australians because their uncompromising attitude articulates our hopes, fears, alienation and humour, and because they are simply one of the most ferocious live rock'n'roll outfits on earth. 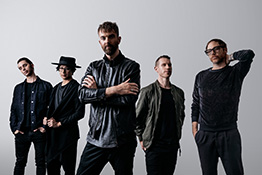 Formed in Perth back in 2004, Birds of Tokyo have grown from independent roots to become one of Australia’s most popular contemporary rock bands. Songs like “Plans”, “Lanterns”, “This Fire”, “Anchor” and “I’d Go With You Anywhere” have all been top 10 airplay hits and have lead to appearances at every major festival in this country including Falls, Splendour In The Grass and Groovin’ The Moo, as well as headlining slots at the AFL Grand Final and NRL’s flagship State of Origin game.

Over the years the band has had eleven separate songs make Triple J’s “Hottest 100” including breakthrough hit “Plans” which ranked #4 on the 2010 countdown. “Plans” was taken from Birds of Tokyo's self-titled third studio album, which went double platinum and spent over eight months in the ARIA top 20. The eponymous release received the ARIA Award for Best Rock Album.

Subsequent records have helped the band carve a singular career for more than a decade, including 2012’s March Fires, which debuted at #1 on the ARIA Album Chart and produced triple-platinum radio hit “Lanterns”, gold-certified EP Anchor (2015) and 2016’s top #3-peaking album BRACE.

More than seventy Birds of Tokyo songs have featured on Triple J, making them one of the station’s three most played artists of this millennium. The band are also the only artist in history to win “Rock Work Of The Year” on five separate occasions at the prestigious APRA Awards.

Now in 2018, new single “Unbreakable” is the first new music from Birds of Tokyo in over two years and sets up a big summer of touring for the acclaimed group, including a performance at the official Closing Ceremony of the Invictus Games in Sydney. More new tracks will be dropped over coming months as the band builds toward a new album which will expand on many of the lyrical threads they are unveiling for the first time with “Unbreakable”. 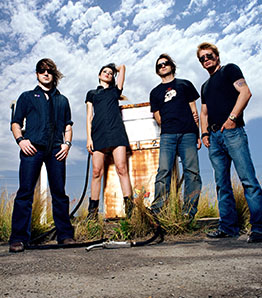 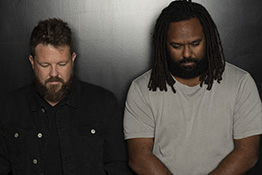 The overwhelming feeling that emanates from BUSBY MAROU is joy.

Tom’s playful onstage presence combined with Jeremy’s freakish instrumental ability has cemented their reputation as one of the most loved live bands to come out of Australia in recent times. They have created a completely unique vibe based on Tom’s everyman’s approach to story telling interspersed with Jeremy’s guitar virtuosity. They sell out shows everywhere from Surry Hills to Cairns and have an incredibly loyal and diverse following.

BUSBY MAROU have recently released their latest single “Sound Of Summer” produced by Oscar Dawson (Alex Lahey/Holy Holy). This is the first single from album 4 which will be recorded in February and released in mid 2019. 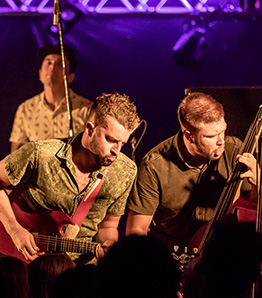 19-Twenty have been whipping up a frenzy on the festival scene. They are electric. An infectious riff and groove based blue-billy-grass-rockin'- roots band.

The 19-Twenty lads have been performing their high-energy sonic- party nationally, headlining sell-out shows and festivals in all states and territories. Constantly on the road or in the sky, they have toured seven times around Oz and performed gigs throughout Europe including Belgium, The Netherlands & Germany. Performing anywhere and everywhere, this straight-up 100% independent act have been blazing throughout Europe and Australia and gaining new music fans/fiends from their live shows.